Next year, workers and companies in the entire construction chain will face important challenges, the implementation of which in practice will bring interesting stimulus for the 32nd year of the FOR ARCH construction fair. It will take place on 21-25 September 2021 at PVA EXPO PRAGUE. A significant event was the FOR ARCH trade fair even in the current challenging time, when it took place under extraordinary health and safety measures. What are the main themes that will resonate with construction next year? For example, according to experts, the current problem in the construction industry is a shortage of workers, the negative development of the whole economy caused by the coronavirus pandemic, and the approaching traditional winter downturn. In August, analysts estimated that the construction industry would react with a delay and return to growth in 2022.

According to representatives of sectors that are closely linked to the construction industry, coronavirus, rather than the number of orders affected the time of their implementation. Some orders were postponed by 2 to 3 months due to a pandemic. However, demand did not decline in the first three quarters of this year. In the future, experts warn against a situation where, due to the development of the budget, there is a real risk of a greater decline in regions, cities and municipalities, where the government takes municipalities from budgets, often representing their year-round investments. State guarantees and European funding can then help.

The dependence of the field on foreign workers is higher and companies are under pressure from a shortage of mainly auxiliary workers. "Technological progress is an existential necessity for the construction sector. Most likely, we will never have as much manpower available as in the past - which only automation, prefabrication or robotics can solve. So the new technologies are undoubtedly also beneficial for the stability of the entire industry, "said Václav Matyáš, President of the Association of Entrepreneurs in the Construction Industry, at FOR ARCH this year.

We will see whether the amendment to the Building Act and the Administrative Procedure Code from January 2021 will speed up the building permit and help revive the construction industry. Whether builders will welcome the possibility of applying for a permit using an electronic system, the so-called Builder's Portal, which represents a significant shift in the field of digitalization of public administration. And what will change the new institute of the so-called accelerated procedure.

GREEN SAVINGS: The successor program will be presented later this year

The big change will be that the program will also include apartment buildings outside the capital city of Prague. This follows an agreement with the Ministry of Regional Development. "The program will be simplified, especially at the level of application administration, for which a new information system is being prepared on the part of the SEF CR, which will continue to accept applications. It will be interesting to support adaptation measures, ie the so-called combination project of energy saving and rainwater management will be able to be solved within one application. Green roofs, retention tanks, sources, photovoltaics, etc. will be supported, "said Jan Kříž, Deputy Minister of the Environment, in an interview with TZB-info. The launch of the program is expected by the Ministry of the Environment in the middle of 2021.

BOILER REPLACEMENTS: The operation ban affects hundreds of thousands of sources! What to replace the old boiler for?

As of September 1, 2022, the operation of solid fuel boilers of the 1st and 2nd emission class will be completely banned. "Hundreds of thousands of households and small businesses will have to replace their existing solid fuel hot water boiler with a new heat source," says the TZB-info professional portal at the beginning of the Boiler Replacement project. The so-called OZO person, simply put, an expert trained by the boiler manufacturer, will best advise on the question of whether a particular boiler falls within the obligation. Every household operating a solid fuel boiler is obliged to invite it once every 36 months and have it inspected. He will then find the required information in the inspection report. The market offers a wide range of modern solid fuel boilers meeting the strictest emission requirements and efficiency requirements for gas condensing boilers, heat pumps of all types, ie air-water, water-water, ground-water and air-air as well as solar collectors, including photovoltaic. It is good to entrust a comprehensive solution for a specific house into the hands of an expert, because a good oversizing of resources, accumulation and regulation play a big role.

"The Czech civil construction industry is doing more than well in the implementation of the BIM system - we are not catching up with anyone, we are at a level comparable to developed countries. And it is fair to say that BIM should reduce investment and operating costs by 20 to 30%. " said Vaclav Matyas.

"The Czech Republic has become the initiator of the creation of a new CCI classification system at the European level. The common classification system will ensure a uniform naming of all elements of the building, which will be understandable across disciplines and the various programs used. Simply put, a socket will always be a socket, whether it is opened on your computer and program by a designer, investor, management company or anyone else. The agreement on international cooperation in the creation of the CCI makes us one of the leading countries on the road to Construction 4.0, "says Jaroslav Nechyba, Director of the BIM Conception Department of the Czech Agency for Standardization.

Let us believe that the civil construction industry, as well as the whole society, is expected to stabilize in 2021 and return to the standard regime again. 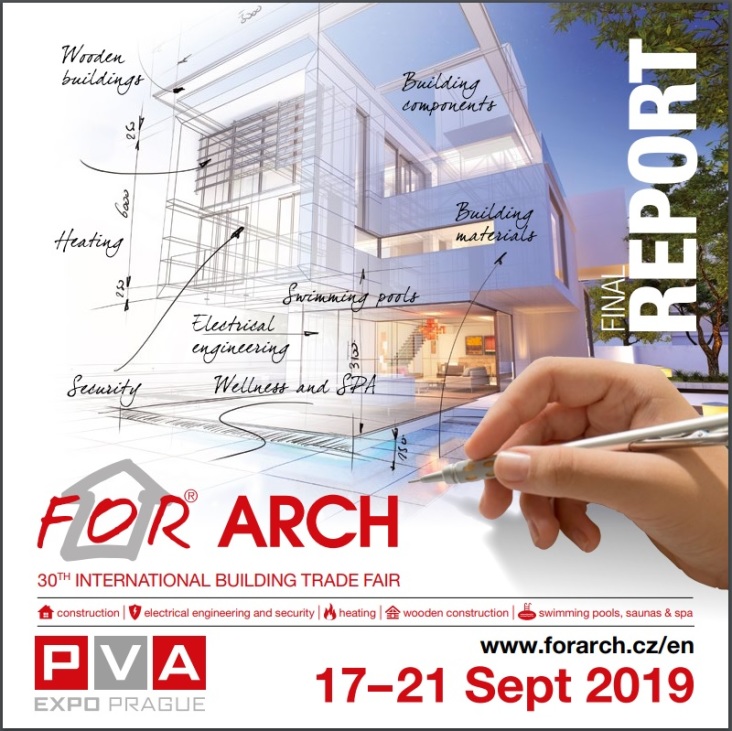 Back to Top
Zavřít
Enquiry participation

Thank you for your inquiry.

We will contact you as soon as possible.
For more information, you can also contact us directly at international@abf.cz.

Google serves cookies to analyse traffic to this site. Information about your use of our site is shared with Google for that purpose. See details OK